The Best of Bruce Willis

Since the ‘Expendables 2’ is coming out next month I thought it would be fun to do ‘the best of’ for the three biggest action stars, done Schwarzenegger a while ago and will link that below, this is obviously Willis’s best films and next week I will be doing Stallone’s best films. Just to point out that although films like ‘Pulp Fiction’ are excellent Willis was not the main character so will not be on the list. But that won’t hold back Bruce because he has done some great films mainly action but also some great Sci-Fi which makes me a fan.

Don’t forget to vote for your favourite Bruce Willis Film at the end and to check out my previous Best of with Schwarzenegger.

The Best of Arnold Schwarzenegger

“Yippie Ki Yay Motherfucker” Can’t believe I haven’t reviewed this before. Bad German and his henchmen take over office building near Christmas and have plenty of hostages, but one of those hostages is cops wife who is in the air vents causing havoc. Cop kills henchman, this annoys Hans then he falls out of a window and it finishes. I really love this film and I am not quite sure why I described the film in a very stupid way just then, still it’s a great action film and easily one of my all-time favourites. You can watch this film over and over again and it’s still fun. Tim’s Film Reviews Recommended. 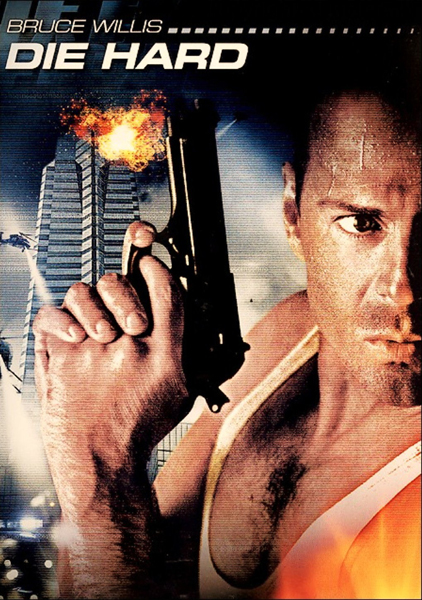 I think the main thing to think about when talking about this film is that it can only be unique once and this easily was a unique action film with its office building setting, one good guy against a bunch of bad guy thieves and that whole feeling that this guy seriously needs a holiday after this like no one has ever before needed a holiday. With the sequel it didn’t really meet up because it was fairly similar but then it’s next sequels where very good because they both had new ideas and scenarios to go with. As for the characters it was perfect because of the sheer contrast between the villain Hans Gruber (Alan Rickman) and John McClane (Bruce Willis), This kind of chemistry of distain for each other is what I think is missing from most action films today because they don’t seem to grasp what causes conflict, which is contrast. My favourite scene would have to be when Hans pretends to be one of the hostages and does an accent, that whole scene was a perfect example of what made this film great which is the chemistry between its two mains.

I only watched this film fairly recently about a year or two ago and it was a real surprise how good it was, I only discovered it on a best Sci-Fi list and thought it was a weird title so it would probably be nothing special because I hadn’t heard of it, good thing I was wrong. It starts off with a plot that seems simple enough to figure out (if you’re a nerd), the future is a terrible dystopia of plague and a dictatorship and all this was caused by a biological weapon released by a terrorist group called the 12 monkeys, so the prisoner James Cole (Bruce Willis) is sent back in time to stop it all. Sadly past that it’s a bit of a spoiler so I will just let you enjoy that when you watch, it’s a super weird and brilliant Sci-Fi film. Tim’s Film Reviews Recommended.

I think that the films strengths come from the sheer amount weirdness that is used to play out the plot, from the psychiatric facility with a great performance from Brad Pitt as a lunatic to the whole set of scenes were Bruce’s character doesn’t quite no if he sane or not which could easily be a result of time travel (because I would know) but would also be great conspiracy stuff for why we don’t know any time travellers, their all in the mad house. The whole film feels like a noir Japanese anime but really real (am such a good writer and then am not). My favourite scene would have to be the… hmm am not sure, it’s either between the way characters act in this story which is brilliant and easily one of Bruce Willis’s best performances or it’s the brilliant plot that works so well even though it might cross the lines between greatness and madness sometimes.

This film has that great charm to it were it mixes mad Sci-Fi, insane action and boundless humour. But it’ not for everyone and I know that but I really enjoyed this film and can always watch it with a smile of my face. This should be fun to explain in a simple way. Set in the 23rd century a monstrous ball of molten rock the size of a moon or whatever wants to destroy earth because there are four stones representing the four elements, then an alien crashes on earth then gets regenerated into Leeloo the fifth element. The problem is that it’s a race against the time to get the four stones into Leeloo’s hands rather than an evil Zorg (stay with me), Leeloo manages to enlist the help of military/cab driver Korben Dallas (Bruce Willis), ok It’s a bit complicated but it’s really good. Tim’s Film Reviews Recommended. 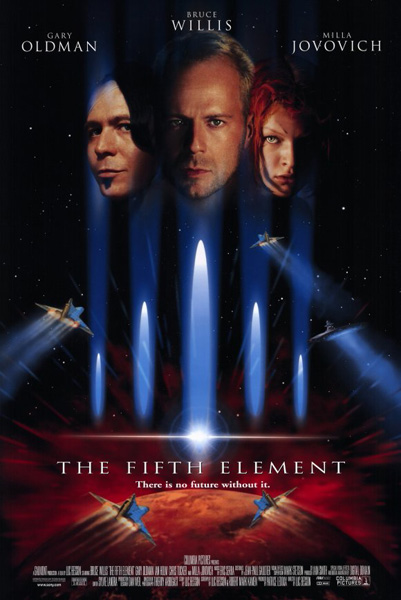 This is one of those films which could never get made nowadays and really couldn’t get made well, it would be too much of one genre and that wouldn’t be as good. The film also boasts great visualizations that could be created due to the large budget and creative effects and direction. The director is the same one who did the screen writing for Starship Troopers and Taken, I liked them so you know it’s good. Bruce Willis did what he does best in this film by playing the tough guy helping others without help or even getting thanks and against a larger enemy. Oh and of course there is Gary Oldman doing the funniest role I have ever seen him in, where is especially a mad bad crazy guy who really brings an edge of fun enemy which is very hard to pull off, but we all know Gary can do it. My favourite scene would have to be the giant battle scene on the cruise ship place, which was a great action piece for a Sci-Fi but it also included multiple scenes of action and has Bruce Willis kicking everyone’s ass.

Robert Rodriguez adapts the great Sin City comics created by Frank Miller. And uses visuals that almost looks like they ripped the comics into the real world and it’s darkly brilliant just like the comics. Ok so basically this film is a collection of stories from the comics and they kind of connect but not really. Bruce willis’s and Mickey Rourke’s stories were definitely the best, and they consist of a tough criminal who gets framed for a murdered prostitute and gets revenge which is Rourke’s one. Then there’s a cop who saves a young girl from a rapist who is the son of a big crime guy so cop gets betrayed and sent to prison but saves the girl and so on and so forth. It looks fantastic, not least because it’s all in a noir black and white setting but also because of the fun action scenes. Tim’s Film Reviews Recommended. 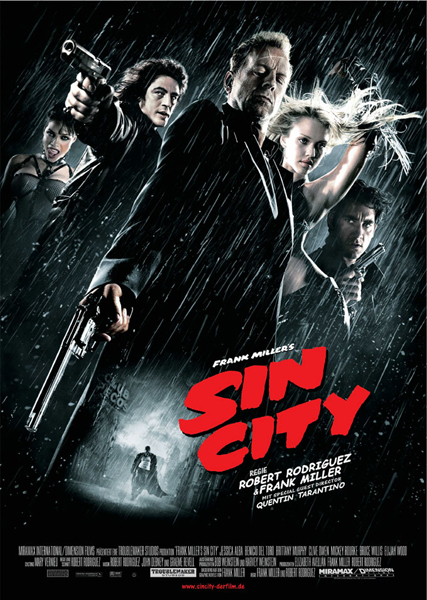 The reason I really liked this film would be that it’s really fun; it didn’t need to make sense or have anything remotely close to reality because it’s supposed to be a comic book in motion with real people and it works great. This could really be down to either Frank Millers direction, Robert Rodriguez’s involvement in its direction or its brilliant cast which bring the characters to life (credit to Mickey Rourke for having to act in that impressive make up). My favourite scene would have to be the moment when Hartigan walks into the strip club and figures out that the girl he saved as a child was the main performer on stage, it’s a mixture of funny and a great realization that Nancy the dancer was the little girl from the beginning (didn’t hurt that the scene was sexy either) Jessica Alba does a great dance which is something Robert Rodriguez seems to do a lot in his films (From Dusk Till Dawn, Grindhouse). Best line “An old man dies, a Young Girl Lives.”

27 responses to “The Best of Bruce Willis”